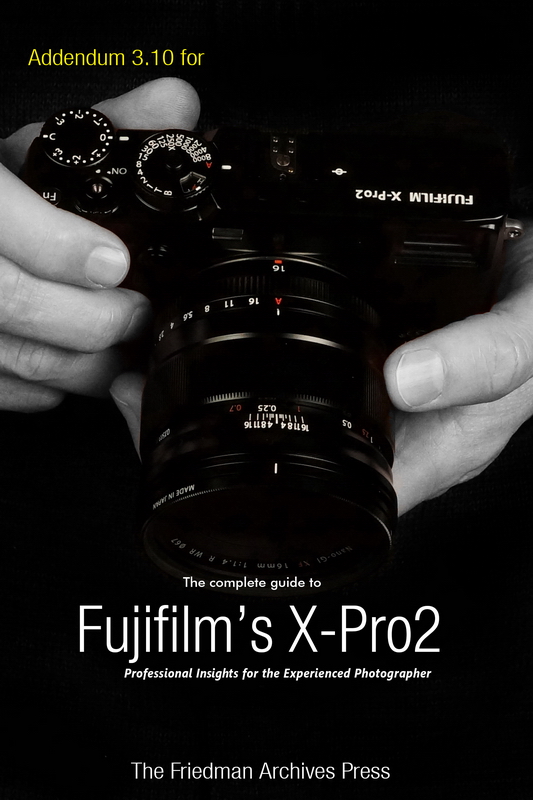 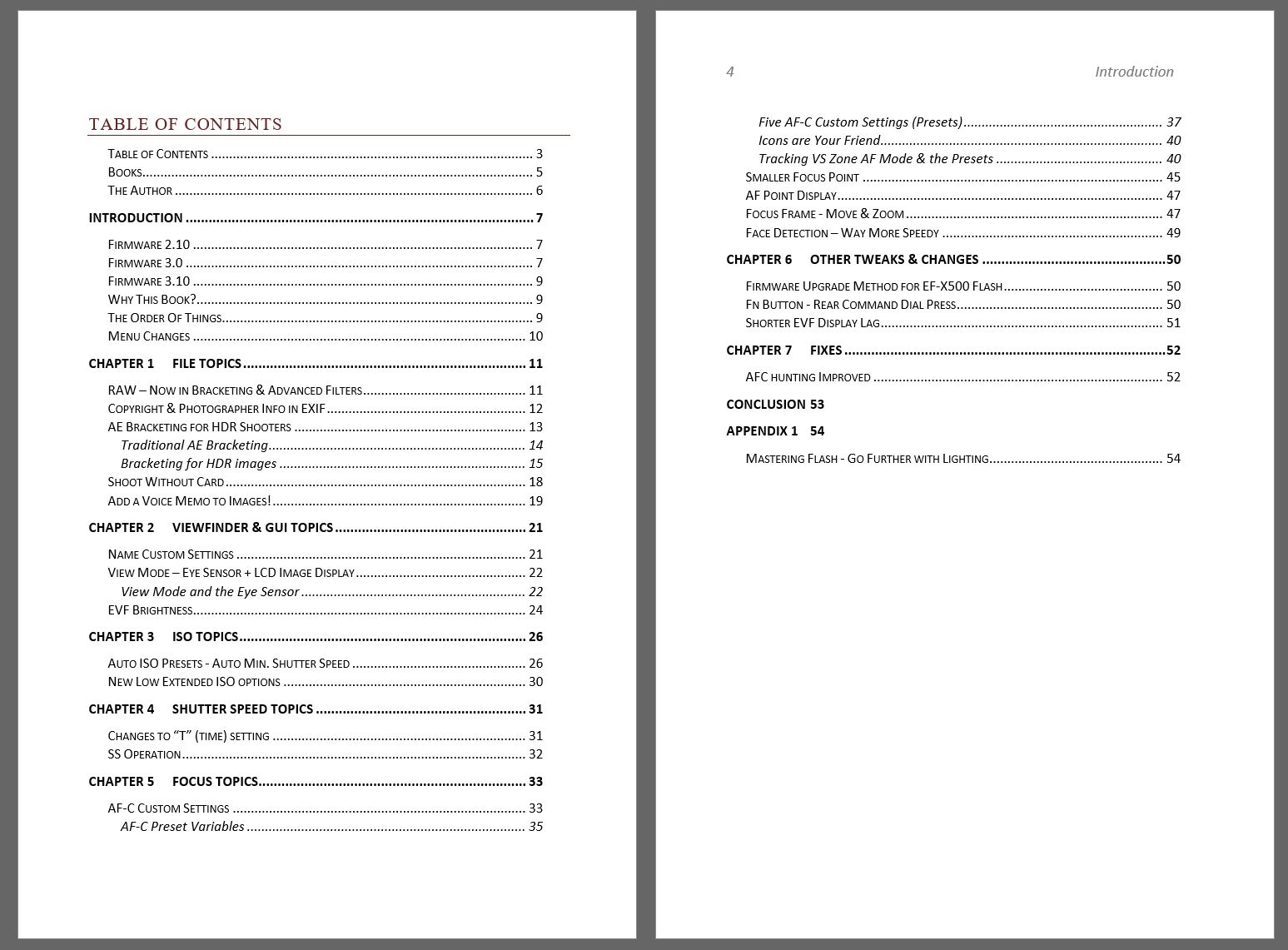 This is an update to “The Complete Guide to Fujifilm’s X-Pro2” eBook by Tony Phillips.

55 pages thoroughly covering all items updated in firmware 2.10, 3.0 and 3.10 – in the same comprehensive, easy to read style as the eBook by Tony Phillips

The combined updates in firmware 2.10 through 3.10 see a worthy increase in functionality, bringing some highly desirable features.

While Fujifilm offer some brief descriptions of the new features in the release notes (below), some additional explanation might be of assistance.
Ordinarily, where there are just a few changes in firmware I might release an update to a book. But as you know, the collective firmware updates above offer substantive changes.
Since updating an entire manuscript is quite time consuming, I’ve opted to release this addendum in the interest of speed.

THE ORDER OF THINGS

Of all the features available in this firmware update, it’s likely that each photographer will have a shortlist of their favourites.
I really like the changes to RAW. Now all stills can be shot in RAW, including Advanced Filters – making them far more attractive to shoot.
I also like the addition of copyright and photographer info in the EXIF, and especially love the ability to name the seven custom settings in the Q-Menu.
And of course, there’s the AF-C Custom presets to get your head around.
But rather than list these features in the order Fujifilm does on their site, or in my order of preference, I’ve decided to group them into “fairly logical” topics, each with a reference to the following list for completion.
Of course, some features necessitate more explanation; some less.

The firmware update Ver.2.10 from Ver.2.01 incorporates the following:

The firmware update Ver.3.00 from Ver.2.10 incorporates the following:

The firmware update Ver.3.10 from Ver.3.00 incorporates the following: